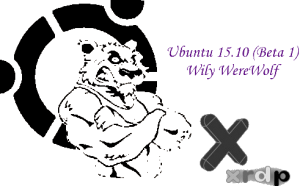 This will be really a short post today.  In our previous post, we have quickly described how to perform a fresh installation of ubuntu 15.10 (beta 1).  We have seen that the process has not changed dramatically and you can have a system up and running in about 15-20 min.

To install xrdp software on your ubuntu 15.10 machine, the process will be exactly the same as the one we have described for machines running Ubuntu 15.04. (see http://c-nergy.be/blog/?p=7984)

So, instead of going really deep into details, we will provide hereafter the necessary steps needs to be performed in order to have xrdp installed on your system.  If you need more details about the installation process, we will provide at the end of the post, links to our previous posts about xrdp

To perform the installation of xrdp package from Ubuntu repository, you will open a terminal and issue the following command 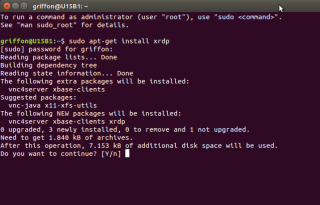 Based on our assumptions, Mate-Desktop will be used in order to have a working xrdp connection.  As you know, Unity interface is not working with the xrdp software. This is why we have to install a different desktop environment that will be used during the remote dekstop connections..

To install the Mate-desktop, issue the following command from the Terminal Session

You can use other desktop interface such as xfce,LXDE,LXQT or KDE as well. Check the following links for more information

As we have said in the beginning, this post was really short and straight forward.  There is no major changes in the installation process of xrdp package on Ubuntu 15.04 and we do not expect issues in the final release of Ubuntu 15.10.

If you upgrade from a system running Ubuntu 14.xx to Ubuntu 15.xx, and you have installed xrpd, you might have issues after the upgrade. You might have a look at the following post, which might help you solving your issues