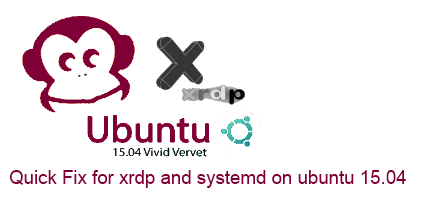 Ubuntu 15.04 has been released end of April 2015 and one of the major change in this release was the move from Upstart to systemd solution. Since this change has been introduced, some of our users have noticed that the xrdp service is not starting or working properly.

In this post, we will provide you the instructions in order to fix your custom xrdp installation and have it working with systemd software.

When to use this fix ?

If you have installed Ubuntu 15.04 and didn’t change anything, the Upstart component has been replaced by the Systemd component. Systemd component will be managing your services on your Ubuntu system.   If you have installed xrdp using the instructions found on this post (XRDP- Perform a Custom installation on Ubuntu 15.04), chances are that you are not able to start the xrdp service.

If you issue the following command from a terminal

the following error message would be returned

if you type, journalctl -xe, you will see the following output.. 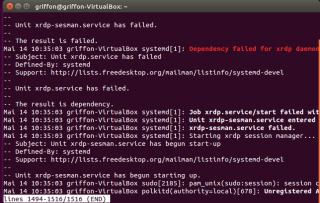 To have it more readable, we have put the output into a text file. 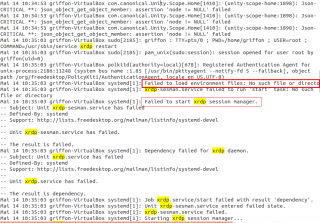 After reading a little bit about systemd and upstart (check this link  https://wiki.ubuntu.com/SystemdForUpstartUsers),  we went to have a look into the following directory

We have found the two files that are controlling the xrdp service (xrdp.service and xrdp-sesman.service) 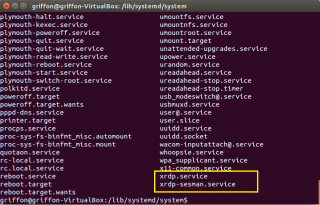 We have edited the xrdp.service file and it looks like this 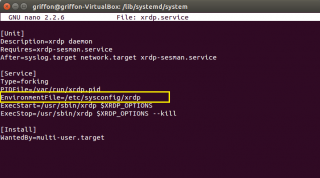 If you look at the screenshot, you see that the file has an entry called EnvironmentFile=/etc/sysconfig/xrdp.

We have noticed this line immediately because in Ubuntu there is no /etc/sysconfig folder.  So we have assumed that the content of these two files were generating the errors.

To solve this issue, we can provide two different ways

As explained above, the content of the xrdp.service and xrdp-sesman.service files does not seems to reflect the correct information about path location for executable files and Environment file.  To quickly solve the issue, we can decide to delete the xrdp.service and xrdp-sesman.service files from the /lib/systemd/system folder.

Restart you ubuntu system and you should be able to access your system via xrdp software solution.

By removing these files, you actually saying to systemd to use the old/backward compatible init script method.  You should be able to start your xrdp service with no issues.  You can even execute the following command to see the status of xrdp service

and you will see that the service is marked as active 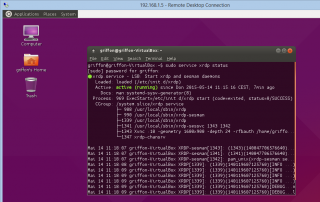 If you try to restart the xrdp service just after removing the xrdp.service & xrdp-sesman.service files, you might see a message error stating that log file cannot be open and xrdp service fails to start.  You simply need to ensure that the xrdp files under /var/log/ can be read and write by the root account. (We encountered this issue and solved it in this post http://c-nergy.be/blog/?p=4168 – Minor changes sinces… section)

If you want to have systemd really managing the xrdp service, the proper fix here is to update the content of the xrdp.service and xrdp-sesman.service files. As mentioned above, these files contain information about path that does not apply to ubuntu.

Reboot your system and check that the xrdp service is starting properly.  If this is the case, you should be able to perform an xrdp connection and you are back on track.

With the introduction of systemd in Ubuntu 15.04, we have encountered a small issue with the custom installation of xrdp.  Because of the change in the way the services are managed in Ubuntu 15.04, we need to update our install-xrdp.sh script to take into account the fact that systemd is now the component that will be controlling the xrdp service.  As we already found what was the problem with the service unit files, you can expect to have the new installation script ready in the next post.