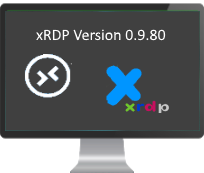 Ubuntu 22.04 has been around for a few weeks now and people start to get their hands on this new release.  At almost the same time, we have released also the latest version of the xrdp-installer script (i.e. version 1.4).  However, based on the feedback received, some issues have been detected with the latest version of the script.   We are trying to reproduce detected issues and we hope that in a near future, we will be able to release an updated version that would tackle most of them.

While checking these issues,  another unusual event took place….when compiling xRDP software, versioning information does not look like the one we are expected to see… Let’s find out what’s happening….

While working on debugging detected issues, we have noticed that something has changed in the xRDP package and more specifically that the version number has been modified.  In one of previous posts (xRDP – New release available (0.9.19) fixing Security vulnerabilities),  we were mentioning that the latest xRDP source binaries were made available by the xRDP team.  This release was set to version 0.9.19 and was basically fixing a security issue found in the previous version.

Performing a custom installation using our xrdp-installer script basically download the latest version of the xrdp package and perform the installation automatically for the user.  Installation went through with not detected issue and we were quite happy to see that the script seems to work.  However, after checking the xrdp version (using xrdp -v),   the version was not set to 0.9.19  but jumped to 0.9.80 (see screenshot below) 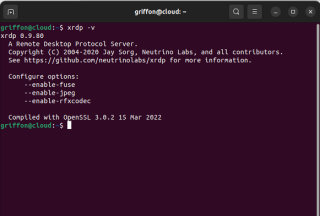 Uuhhh ? Ok, this was unexpected !  Initially, we were thinking that something was wrong with the script which would create a wrong versioning number for xRDP package.  After a quick scan and some checks,  the script seems more than ok…

So, we went back to the Github pages for this project.  After checking the information published by the xRDP maintainers, the latest version seems to be 0.9.19.  Moreover, the release page is also showing the version 0.9.19.  Ok, something must have changed since we released the script.  After digging for more information and finally looking in the pull request page, we finally found the reason behind this change in the version number.   Based on this link, it seems that xrdp versioning might change in the future.  The explanation can be summarized by this comment in the Github pages

So, the fact that the version jumped from 0.9.19 to 0.9.80 is totally normal and expected and the next release might show a different version as well…jumping to version 0.10.xx…

This is it for this quick post !  So, if you are using our xrdp-installer script specifying the custom installation mode,  you will probably end up with installing xrdp version 0.9.80.  This is expected since the script will download the source files from the dev branch.  xRDP team is checking if a new version scheme should be used or not.  The fact that the version jumped from 0.9.19 to 0.9.80 simply reflect this investigation and assessment process

Now, it’s time to tackle the detected issues with the xrdp-installer-1.4 script…..