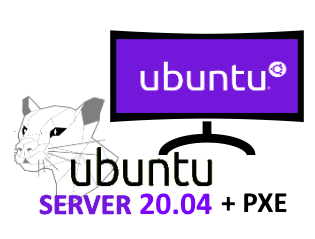 This post will focus on deploying Ubuntu 20.04 Server edition through the network.   You might think that the process would be similar to previous version but it’s not.  Actually, Ubuntu 20.04 Server is basically dropping completely the Debian installer approach and they are promoting their modern Subiquity installer.   We will see how this change will affect the deployment of Ubuntu 20.04 Server through PXE technology…

Note :  If you look for information on how to deploy Ubuntu 18.04 through PXE, please read the following posts

This guide will describe the necessary steps needed in order to deploy Ubuntu 20.04 Server through the network using pxe technology.  To deploy operating systems through pxe technology, there are some Server roles and services that needs to be present on the network.  PXE deployments relies on DHCP,DNS, TFTP, File and Web Services. This setup guide will allow the deployment of Ubuntu 20.04 Server Edition to UEFI or Bios based systems.

We will need to have a “PXE Server” deployed on the network.  In our scenario, an Ubuntu 20.04 Desktop system will be used. This machine will host the necessary services needed to deploy operating system through network.  Obviously, you could have used Ubuntu Server Edition as the steps and processes are quite similar.   Be sure that Ubuntu 20.04 Desktop has the latest updates installed.

In this post, we assume that the Ubuntu Desktop 20.04 will be hosting all the necessary services needed to implement a proper PXE Infrastructure. To setup a PXE infra, we need to install the following packages

During the installation, you will see some errors and warnings. At this stage, this is an expected behavior.  Additional configuration will be needed at later stage 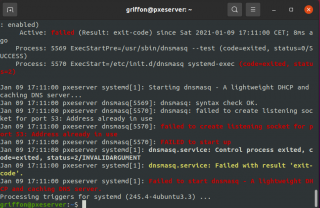 The commands below basically will download the necessary signed bootloader files and grub files needed by PXE server and extract the contents on their dedicated folders (shim and grub). These files are needed to pxeboot uefi clients…..

Usually, Ubuntu installation are using dynamic ip addresses (DHCP). We will move from the dynamic configuration to a static configuration.  To perform such operation, you will click on the network icon on the right side of the top bar > expand the wired connected and select wired settings

In the right pane, click the gear to open the properties pages 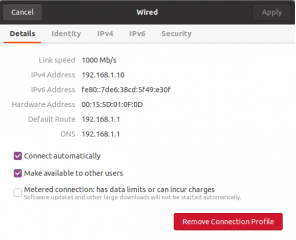 Change from Automatic to Dynamic and set the necessary ip address information. Press the Apply button and you are back to the network settings page 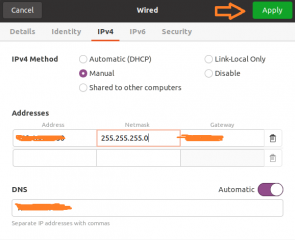 To effectively apply the changes, you have to disable and re-enable the network by using the slider button (or you can reboot the computer) 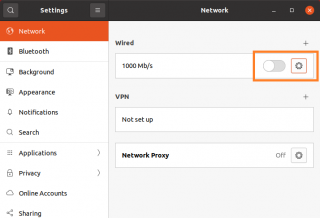 To check that the correct ip address has been set, you can open the terminal console and issue the following command ip addr.  In the screenshot, we can see that the ip address is set accordingly.  take also a note of the name of the interface (in the screenshot, it’s eth0) as this information will be needed at a later stage 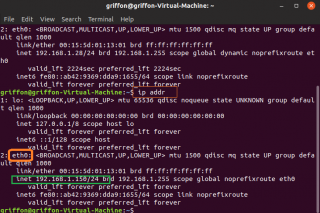 To create this structure, you will need to execute the following commands in your Terminal Console

Because you are using the Apache Web server, we will be copying all sources files under /var/www/html directory.  We will copy the iso files contents of Ubuntu 20.04 Desktop and Ubuntu Server under this location.

Our structure will look like the following representation.   Obviously, you can create your own structure

As we are deploying Ubuntu Server through pxe server, we simply need to copy the iso file into /var/www/html/iso 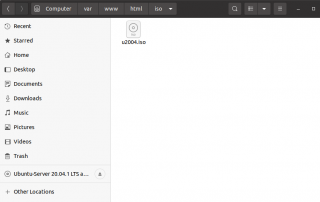 Note : This option is only needed if you are deploying Ubuntu Desktop edition

Insert at the bottom of the file, the path where you have stored your installation files, which subnet can access it and which kind of right you want to grant.  In our  scenario, we want to grant access to the following directory /var/www/html/desktop  through the network subnet 192.168.1.0/24 and we are granting read only access (ro).  So, at the end of the file, we would add the following line

Now, we need to populate the TFTP folder structure.

We have created the folder /tftp/bios in a previous step.  This folder will hold the needed pxelinux files that we will be using to boot from network

We will do the same for the grub folder. The grub folder contains files that are needed for UEFI computers.  We will need to obtain the correct version of grub files (the ones that are signed).

Note : Ensure that the folder /tftp/boot/casper has been created and exists….

These are the most important files of the configuration.  These files tells the target machine where to connect and where the file source files needed to perform the network installation.  So, let’s create them…

We will also need to create the folder called pxelinux.cfg under the /tftp/bios folder.

Inside this folder, we will create an empty file called default.  This file control the pxelinux behavior. We will populate it with the following code

We are almost done !  Now, we need to create also a grub boot menu and get the proper option available and working.  The grub boot loader reads information from the grub.cfg file.  If you have followed this step by step guide, the content of the grub.cfg file should look like this

At this stage, we have to validate our work.  If everything is working as expected, you will be able to boot a BIOS based computer from the network and you would see the following PXE Menu. 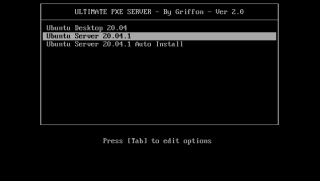 If you start the process from a UEFI based computer, you will see the following menu 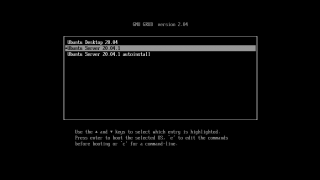 Selecting the menu option, you will see the boot process starting and at the end of the process, you should be presented with the new Subiquity installer. 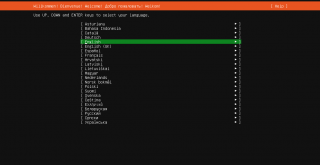 Using some “answer file”; it’s possible to automate the installation of your Ubuntu machine.  The automation process will not be explained in this post as the post is becoming really long.  Possibly in a future post, we might want to describe and demonstrate the process…..

This is it for this post !  Ubuntu 20.04 Server has indeed introduced some changes through their Subiquity installer which impact slightly the way you can deploy the operating system through PXE technology.   The netboot image is being deprecated in Ubuntu 20.04 and you would need to update slightly your PXE config file and grub file to have it working.  The drawback of this new method is that you have indeed to download the full iso image to the target machine.

We mentioned that it’s also possible to use an “answer file” used to fully automate the server installation through the autoinstall “feature”.  To achieve this, you will need to slightly modify the parameter to be passed and you need to create some yaml file that would provide the necessary information needed to automate the installation.  If time permit, we might publish a post explaining this process