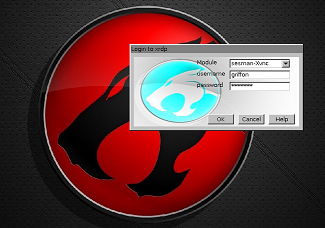 Note :  If you would like to read part I from III of this post series, have a look at

This is the last part of the Xrdp customization series.  In part I, we have seen how to perform an installation from source package. We have described how to perform a manual installation of the xrdp packages. We have been performing most of the steps through command line. Therefore, it would be possible to compile all these commands into a script in order to automate the installation using a simple script approach.  In part II, we have discussed how to perform the xrdp installation from sources using a script (xrdp-o-matic) which fully automate the process.  You simply need to download the script,start it and let it perform the tasks in the background.  The script is really easy to use

In Part III, we want to show you that you can customize the look’n feel of the xrdp connection login screen.  Because we have performed a custom installation, we should be able to customize multiple elements.  The following drawing summarizes the elements that can be changed quite easily… 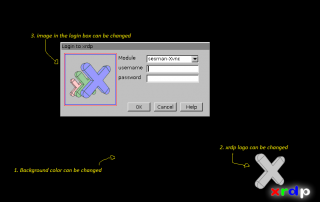 Xrdp 0.6 version allows you to easily customize the background color of the xrdp login screen.  The default background color is set to black.  If you want to use another color, you will need to modify the file /etc/xrdp/xrdp.ini  and add or uncomment the line starting with background.  You will have to express the color in hex code format.  You will only be able to use plain color (no gradient color)

In our example, we will change the background color and set it to grey.  We have opened the file using the command line interface and issued the following command sudo nano /etc/xrdp/xrdp.ini. We have added (or uncomment) the line background=#626c72 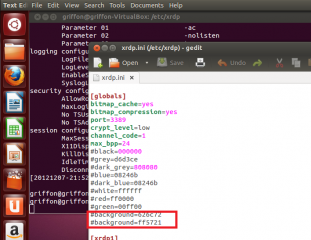 After you have made the changes in the xrdp.ini file, you will need to restart the xrdp service by issuing the command sudo service xrdp restart.

In this screenshot, you can see the results. As you can see, we have now to update the xrdp logo at the bottom right part of the screen to have something a little bit nicer. 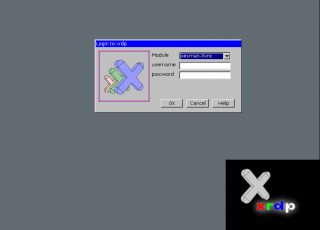 xrdp logo image can be easily updated and changed.  Actually, you will simply need to replace the existing image by the one you want to use.  If you go to the folder /usr/local/share/xrdp,  you can see the images used by the xrdp login screen. 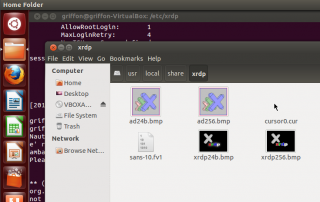 We want to update the xrdp24b.bmp image (24-bit bmp file) and possibly the xrdp256.bmp (8-bit bmp).  The new logo image should have exactly the same size as the original if you want to keep the original login screen layout….I have renamed the original file and copied the file I want to use into the /usr/local/share/xrdp folder

You do not need to restart any service.  If you try to perform a remote desktop connection to your ubuntu workstation using xrpd, you should see that the logo has been updated accordingly and you are presented with your custom xrdp login screen. You will have to use the trial and error in order to get to good color, and the good size. 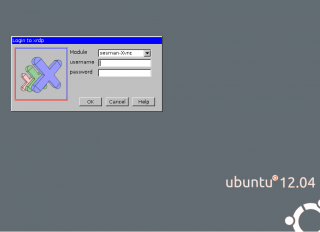 Customize the image in the login box

If you want you can also change the image that’s displayed on the login box.  the principle is exactly the same. We will create an bmp image that has exactly the same size as the original one.  When the image is ready, you would place the file in the directory /usr/local/share/xrdp/ and rename the file as ad24.bmp. When you perform a remote desktop connection to your ubuntu box, you will see that the image has changed accordingly 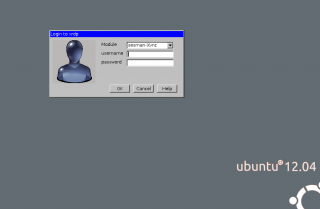 Set an image as wallpaper

So far, we have seen that by modifying the configuration file and by replacing images used by the xrdp login screen, we could customize a little bit the interface.  Somebody asked me if it was possible to set a background image instead of the plain color.  I found out (totally by luck) that if you use larger pictures for the xrdp logo, you could actually have a background image displayed when connecting to your ubuntu machine via xrdp.   If you use the a heavy picture as a background, you might encounter latency when performing your connection because the xrdp program will need to load the picture.  So, you might have to select intelligently the image you want to use as background in order to keep a decent experience and where the user does not have to wait for the image to be displayed.

If you go back to the /usr/local/share/xrdp folder, you will need to create a large image (for example 1280×1240) in bmp format and again rename the file as xrdp24b.bmp.  This file will replace the existing one and will cover the full size of the screen.  The following 2 screenshots shows you the xrdp login screen displaying a background image… 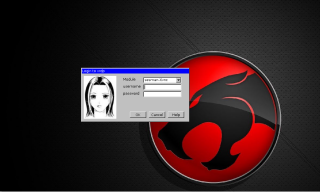 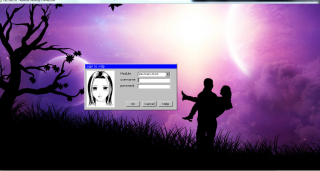 If you want to customize a little bit the login box, you can also choose a picture and resize it in order to cover most part of the login box.  You can see on the screenshot below an example. If your image covers the action buttons, you might not be able to click on them 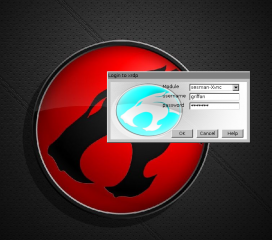 As you can see, you can customize a little bit the xrdp login interface.  I do not know if I’ll still spend much time on the xrdp package since it does not support Unity desktop interface.  I hope that xrdp project community is working on that.  To improve interoperability and increase footprint of linux machines in enterprise, we need to have a valid linux rdp server solution.  xrdp was the solution of choice so far but if no more developpment is provided maybe another solution might show up….

One thought on “How to customize xrdp login screen on Ubuntu 12.10 – Part III”