Note : This post is based on the Proxmox VE 2.0 – Beta Version

As you know the PVE 2.0 (Beta) has been out since 2-3 days.  I’ve already started playing a little bit with the software (but not too much because busy busy busy…). In a  previous post, based on the information released by Proxmox VE team, I was already mentioning that an installation from an usb stick was possible with this release.

From the Proxmox VE web site, you can read that the installation media has been released as an hybrid ISO image.  This simply means that you can decide to burn the ISO image into a physical media and perform the installation from it or to write the image directly into a usb stick.

Get the PVE 2.0 ISO image and the Usb image writer utility

Note: You need a USB stick of minimum 512 Mb in order to perform this procedure.

Note: I’m performing this operation from a Windows Machine.  If you are using linux machine, you need to download the linux version of the tool/utility

Plug in your usb device into your computer. Browse to the location where you have downloaded the  Suse Studio ImageWriter  and simply double-click the imagewrite.exe self-executable file

You will be presented with a really simple dialog box. Simply Press the “Select” button 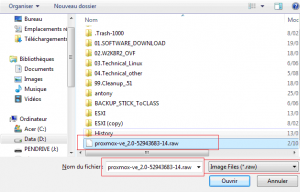 The utility will also display the list of available usb devices.  If you have  only one usb device connected, you can select this one. If you have multiple ones, ensure that you select the correct usb device.

When you are ready, simply press the copy Button. You will get a warning. Press OK in order to proceed and create your bootable usb stick.

After click on Yes in the confirm dialog box, you will see the dialog box with the progress bar and in a few minutes, you will get your bootable usb stick from which you will be able to perform the installation on your system.

Perform the Installation from your Usb Stick

At this stage, you can simply walk to the machine where you are about to install the PVE 2.0 software, plug in your stick (check that you are booting for the usb device), and the PVE Installer Wizard will simply start. 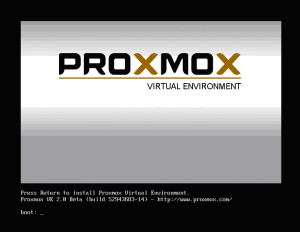 The installation process has not changed compared to the previous versions. You can still use the installation procedure as described in the post Setup your ProxMox VE Infrastructure – Part 1.  You will however noticed that some small esthetic changes have been made in the PVE Installer ( new splash screen, new header in the installer section as shown in the screenshot below) 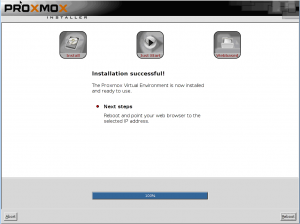 As we have seen, the Proxmox VE Team has finally included the possibility to install PVE from a usb stick natively. The new hybrid iso image format make it a breeze to create such bootable usb device.  Another good point is that the installer has not changed drastically. I hope that in the future they might change the installer layout and appearance to make it even more friendly.

As a special bonus, I’ll post here some screenshots of the new  PVE management interface (based on ext js 4 javascript framework).  This is a big change compared to the previous web interface.  I see improvements but also some inconveniences in this new management interface. This will be for the next post.

Till then see ya 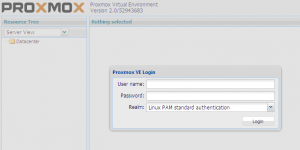 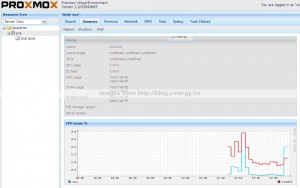 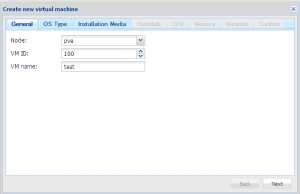