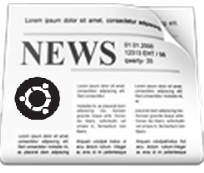 It has been some time since our last post.  After the traditional best wishes for year 2020, we have been overloaded by work, signing contract,performing all the administrative works that needs to be done at closing year. This was the most crazy beginning of the year for us ! So, obviously, we didn’t really had time to blog and publish articles.  This seems to be changing slowly.  As we are almost done with the mandatory administrative work, we can start focusing more on technology and try to publish new information through this blog.

As this is our first “real” post of the year, it will be rather small…..

What’s coming up this year ?

As you probably know, the next Long Term Support version of Ubuntu (i.e. Ubuntu 20.04) is coming.  Based on the known release schedule used by Canonical, Ubuntu 20.04 will be made available in April 2020 (3 months to go). Work as already begin and you can already download daily build images to test this release in your environment.   Usually, the first daily images does not provide much hints or does not show cases major changes. As major milestones are reached (Freeze UI, Beta,Final Freeze), you will see slowly how Ubuntu 20.04 would look like at the final stage.

Ubuntu 16.04 (still supported LTS !!!) is slowly vanishing from our networks and we have seen less and less people using it.  Most of our customers or friends have already transitioned to Ubuntu 18.04 and a few are running Ubuntu 19.10 simply because it provides the most satisfying experience in term of performance and features.  In our organization, we are running Ubuntu 18.04 mostly and we are really looking forward to see the new LTS release. We will be definitely migrating from Ubuntu 18.04 to Ubuntu 20.04 as we are expecting significant improvements that would justify the move.

Based on all the info we have gathered so far on internet about Ubuntu 20.04,  it’s seems that Canonical is really polishing this version.  Amazon app will be removed; a new theme will be introduced, a new slide show during the setup installation process, new gnome version and hopefully more. Performance improvements work started in Ubuntu 19.04 and 19.10 should be ongoing on Ubuntu 20.04.  Ubuntu 20.04 looks like a major milestone. After switching from Unity desktop to Gnome desktop in a convincing way, it seems to us that Ubuntu has build up a real identifiable identity.

More and more people around us are switching to Ubuntu.  Recently, we had to install Ubuntu on “old” Macbook because Apple is not providing anymore software updates.  We are also recycling some “legacy” servers where VMware software cannot be running (old cpu).  These servers will be installed with Ubuntu Operating system and we will use them as they are still working fine.  It seems that major market player are trying to introduce software obsolescence in order to push consumers to buy new products…..

When speaking about Ubuntu Operating system, we are also focusing on xRDP software solution.  xRDP allows you to perform remote desktop connection to an Ubuntu machine using the standard Microsoft RDP protocol.  This is a great tool because from a Windows machine, using the standard remote desktop client, you can remotely manage Windows or Linux machines.  We have been providing an easy to use installation script (xrdp-installer-1.1.sh) that can help and simplify the installation of the xRDP software

xRDP has recently released version 0.9.12. so we can expect that Ubuntu 20.04 would integrate this package version into their operating system.  The xRDP team release new version of the software every 4 months.  The next version 0.9.13 would be released in April 2020.  As Ubuntu 20.04 would be frozen, it seems logical to think that the latest version of xRDP will not be included.

xRDP might not be the perfect solution (does not work well with nvidia drivers), it’s probably the most useful software we can use to ensure remote desktop capabilities to Ubuntu machines from (mainly) Windows machines and Linux machines.

As mentioned earlier, we are re-furbishing some old servers that could be used as test and validation environment.  Because the hardware is considered obsolete and thus not supported by VMWARE and Microsoft,  we will be installing Ubuntu operating system and take advantage of the KVM virtualization layer.   KVM is the hypervisor that ships by default on Linux machines.  In the past, we already published some information about how to install and use the KVM Virtualization software on Linux machines.

In the past, we have been sporadically using Kimchi project to provide a web interface management of the virtualization layer.  We have been working with Kimchi version 2.0 on Ubuntu 18.04 and later.  The installation was not quite straight forward and we needed to update some files manually to make it works.  At the end, we had a working, nice and easy to use web management interface.

Beginning of January 2020, a new release of the Kimchi project (i.e. 3.0) has been released which has been re-written to support python 3.0.  The installation process of this release version is really easy and quite straight forward.  As the screenshot above shows, we have installed this release version on top of Ubuntu 19.10 and it worked flawlessly.  Again, the Kimchi might not be the best tool in town but it does the job quite nicely and fits some specific requirements we have.

We will be publishing some posts around KVM virtualization and Kimchi project and we can share our findings.

We will try to publish some posts around Microsoft technology.  Microsoft focus has moved from on premise infrastructure to cloud infrastructure.  Our focus this year (if time permits) will be Windows 2019 Server Operating system, SCCM technology and upgrading process to Windows 10 Operating system.   We would like to write a little bit more about Remote Desktop Services which is offering a nice way to centralize IT infrastructure and provide a good user experience.

Exchange 2019 has been released from some time now but we didn’t see too many posts about it.  The reason behind this might be that the software (trial version) is not available for download.  You need to have a valid Microsoft subscription to get your hands on the software.  The same principle exists also for the service packs and Cumulative Updates.  This makes it difficult to test and write article about the software.  The fact that Microsoft is not releasing trial version of the software might indicate that cloud version is the preferred one nowadays and that customers should consider moving to the cloud.

We have been working on a small project around Microsoft 365.  Microsoft 365 allows an organization to have a centralized IT infrastructure in the cloud where system administration can be performed through the cloud but also provide you the capability to deploy Windows 10 through the cloud and manage the end point clients (mobile device management through Intune).   The capabilities are really interesting and we might be speaking about this Microsoft offering.

Finally, we might want to speak about Extended support for Windows 7 and Windows 2008/R2.  Surprisingly, some customers have still a large number of legacy operating systems and they want to get support in case critical vulnerabilities will be discovered.  We might need to implement the necessary infrastructure to support this infrastructure but we are strongly recommending our customer to upgrade to Windows 10 Operating systems (Microsoft Shop based).  This might offers us the opportunity to write about deployment and migration process using technologies such as SCCM or MDT solution.

This year we might want to introduce some minor changes in our Blog and websites.  The main change that would be introduced would be the use of SSL.  Currently, our blog is accessible through http or https protocol.  No Panic here !  You will still be able to access our blog through the link http://c-nergy.be/blog but you will be automatically redirected to the https://c-nergy.be/blog.  There is no need to change the way you browse to our website.   Some additional visual aspect might be introduced as well…

As you can see, the beginning of this year is really, really busy and we are working on a lot of different projects and topics.  This will definitely reduce our blogging time but we will still try to provide some useful information through this blog.  Our focus this year would be probably on Ubuntu 20.04 and xRDP.  Canonical has been working hard to create a strong brand and identity. Ubuntu is making its way slowly but it gains in popularity.

People start realizing that Ubuntu can be used on modern hardware and will provide a really pleasant experience.  Linux should not only been seen as an operating system that can be used and installed on old hardware.  Installing Ubuntu on modern hardware will provide the best experience in term of usability, performance and capabilities.   Surprisingly, in 2019, we have seen that more users are switching to Ubuntu….

Let’s see if we can prepare our next post…..Keep in touch