It’s a long time we haven’t spoken about deployment technology and more specifically MDT.  More and more customers are requesting information about migration and deployment solution in order to move to Windows 10 operating system (even do windows 7 is still quite popular and used within companies).  Based on the customer environment, the possible deployment technology could be MDT or Microsoft SCCM (System Center Configuration Manager) solution to deploy the new operating system through the organization.

This post is not about deploying or using MDT or SCCM technology.  This post is about to follow up and to know which version of MDT and ADK version to use.  I would never though that I would write a post about build numbers.  But since Microsoft came up wit the concept of Windows as a Service, you have to know which build you are using in order

MDT is a flexible solution and we like to use in certain projects because it’s so flexible.  We have been posting some info about MDT 2012 and MDT 2013 in this blog (see here) some time ago and as requests are coming to move to new operating systems, it time for us to have a look again on what can be done on the latest MDT releases. We usually have a look at the MDT Team Blog page to see which MDT version is the most current.

The most current version (released in December 2017) is the MDT Build Number 8450  As mentioned earlier, the way the products are named have changed from product name – year to build numbers.  The table below shows the MDT Build numbers based on the release date

Now, if you have some experience with MDT, you know MDT has a strong dependency on ADK (Automated Deployment Kit).  So guess what, the ADK product has also moved to build numbers. ADK build numbers will define which Operating version (and build number again) can be deployed by the specific build number… So again, we have made a small table to keep track of the different ADK versions available till now

Basically, for each new Windows 10 iteration (i.e. build numbers), a new ADK version (new build) is released.  When a new Windows 10 version is released, there is a good chance that a new MDT version might be released which will then in turn the release of a new ADK build number version….  The new Build for Windows 10 is out (or about to be released) and will get the number 1803.  A preview of ADK compatible is already available and it will be marked as Build number 17125… So, be prepared to test your deployment sooner than latter for the latest Windows 10 release….

To download the ADK version you need, you can have a look at this location : https://docs.microsoft.com/en-us/windows-hardware/get-started/adk-install

How to find Build Numbers

How to Retrieve Build numbers for Windows 10 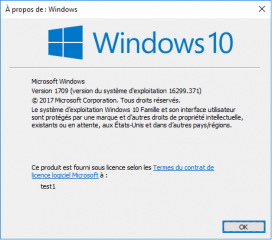 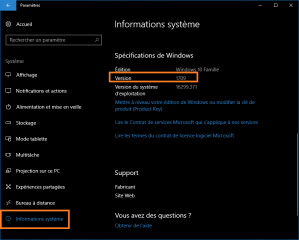 You have other options that can be used to detect the build number, you can use Powershell command or systeminfo.exe utility…This could be useful if you need to dynamically detect the Windows 10 build number…

How to Retrieve Build numbers for MDT

You simply open the MDT MMC console and you go to the Help menu and select the option About Microsoft Deployment WorkBench. 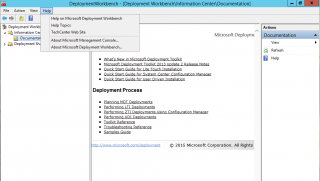 The dialog box with version and build number will be displayed.  Here, you can see the version the MDT server in use 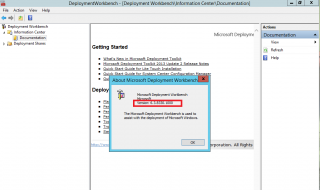 How to Retrieve Build numbers for ADK

You can see the version number for Windows Assessment and Deployment Kit in Control Panel>Programs>Programs and Features. Locate the ADK package file and in the column called Version, you can see the build number 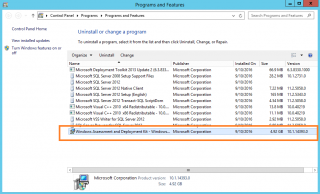 This is it for this post !  The message here is that build numbers matters.  You might need to use a specific ADK version in order to be able to deploy the correct Windows 10 build number through your network.  The deployment process might be impacted as well so a new version of MDT might be delivered as well. So far, we know that with the new build version of Windows 10 (1803), a new ADK version is to be released (in a preview state at the moment with the number 17125).

If a new version of MDT should be released, it would be cool that the technology behind changes from vbscript to Powershell as powershell is everywhere nowadays.  I know that there was some efforts to develop a Powershell Framework for MDT (see https://github.com/mtniehaus/PSD)  but I do not know if this is moving forward as we have not seen much commits in this project.

This is it for this post ! As you can see, we are discussing different topics lately…We will try to keep writing about MDT and deployment of Windows 10 (1803) in the coming weeks. We might also speak a little bit about SCCM 2016 as well..We shall see 🙂