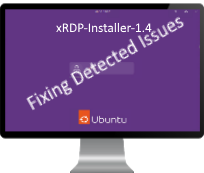 Ubuntu 22.04 has been released a few weeks ago and we have also in a very short time released our famous xrdp-installer script (version 1.4).  Thanks to users feedback, some minor issues have been detected.  The most recurring issues that have been detected are

In this post, we will quickly tackle the first one and you will see that the fix is really easy …. Let’s go !

We have installed a fresh brand new Ubuntu 20.04.4 and the system is fully updated.  We have downloaded the latest version of the script (version 1.4) and we have decided to perform an custom installation.  Based on the howto guide provided here, in order to download the script and perform a custom installation, we will issue the following commands in a Terminal console

In your Terminal session, you will see some information displayed such as OS version, detected Desktop interface.  You should be prompted for the sudo password.  Provide it and wait for completion.. 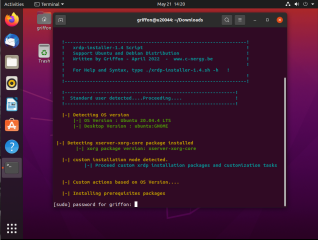 The expected result should be a blue-ish message notifiying you that the installation has been performed successfully.  However, using xrdp-installer-1.4 script, you will end up with the red banner informing you that something went wrong. 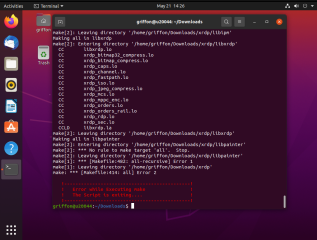 After reviewing the error message, it seems that the libpainter compilation is not happening.  Some readers had already detected the issue and provided me the solution.   To fix this situation, when performing the git clone,  there is a need to use the –recursive option  in order to get all the necessary modules and sub-modules to perform the compilation successfully.  So, we have updated the script and added this recursive option. 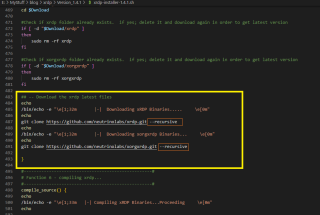 The script version has been updated to version 1.4.1 and we have tested again (will be soon available for download).

As you can see in the screenshot below,  we are issuing the same command as above using the updated version of the script 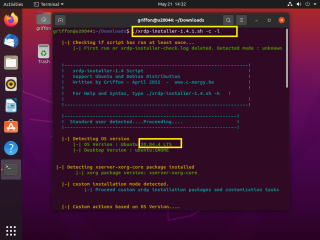 This time, the script completed successfully and no error was detected this time (as you can see in the screenshot below) 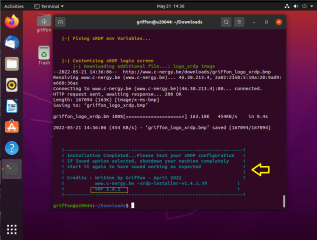 Voila ! This is it for this post !   We have been able to reproduce the error that multiple users have been reporting recently with the latest version of our xrdp-installer script (version 1.4).  The users on Ubuntu 20.04 (and maybe previous releases as well) cannot perform a custom installation anymore.  It seems that the xRDP team is making some changes in their repository and this might have introduced some changes in the way the script download the necessary source files.   The xRDP team is also modifiying the version scheme they use (see this post )

All these changes might have affected the way the script is running.  However, the fix is easy to implement and we simply need to use the recursive switch with the Git command we are using within the script.  We have already updated the script and we are planning to release an updated version soon (moving from 1.4 to 1.4.1).

We are also working on version 1.4.2 which should improve support when installing xrdp via ssh connection…. Stay tuned…