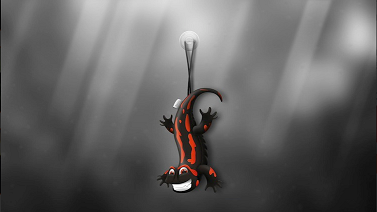 Canonical, the company behind Ubuntu, has announced that the latest version of  Ubuntu 13.10 (or Ubuntu saucy salamander ) will be released on the 17th of October 2013.   If you can’t wait for the official release, you can already have a taste of it by downloading the beta version.

This release will not introduce major changes (such as the Unity inteface in Ubuntu 10.10). The Saucy Salamander will be based on the same solid foundation of the previous release but will bring some nice improvements. Even the Mir  component (new X server layer) has been pushed back to the next version.  These improvements might not be the most visible one but they really contribute to the stability of the operating system.   Ubuntu has evolved into a really nice desktop interface.

The main changes you will see is the smart scopes and the privacy concerns.  With this release, using smart scopes, you can search from multiple web services (such as facebook, google drive,…). On the other hands, some people are concerned about privacy of users while using these features.  Ubuntu 13.10 has improved the way you can configure privacy settings and offer the user the possibility to control in a better way how data and searches will be used by the operating system and Canonical.

I do not know really.  This version seems really an intermediate version between the previous release the most expected version 14.04 where a lot of changes will be available.  Ubuntu Touch will be based on the next version. Ubuntu 13.10 will have also a limited support (if I remember correctly).  This version will not benefit from LTS.

I will probably install a couple of them (as test) but I think I will stick with the current version we are using.  I would be more interested to deploy the version 14.04 which will bring a lot more features and improvements.

October 17th will be also the release date of the Ubuntu Touch 1.0 software.  If you do not know yet, Ubuntu Touch is the mobile operating system from Ubuntu.  The first stable version will be available for download and you should be able to test it.  There will be not yet dedicated phones hardware designed to run with UBuntu Touch.  But note that you will be able to install the mobile version of Ubuntu on Google latest mobile phones (Nexus…)

That’s it for this post !  Now, It’s up to you to see, test and play with the latest version of Ubuntu.   I might publish the traditional how to install ubuntu 13.10 post in the coming days….and then we will explore a little bit more the new features…

Credits : The image at the beginning of the post is one of the retained wallpaper for Ubuntu 13.10