It’s has been some time since we have published some posts…The reason behind this is that I was sick for some time and the other reason is workload.  We have been  working on a big project that was really intense but the load is decreasing as we have reached significant milestones…So the good news is that we can blog again….

Today’s post is about Ubuntu 18.04.  The beta 2 (Final Beta) has been released recently (a few days ago) and we usually start looking at what has changed between the different versions. Based on the information available on ubuntu web site (see https://wiki.ubuntu.com/BionicBeaver/ReleaseSchedule), the final release date is scheduled for April 26th, 2018 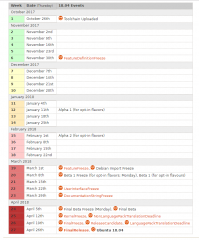 A new minimal mode has been introduced in Ubuntu 18.04 installer (i.e. Ubiquity). We have performed a installation using this option. 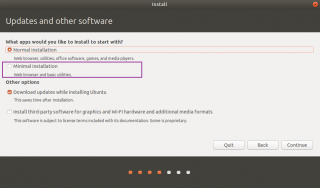 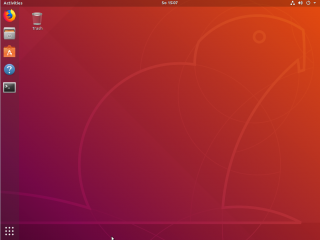 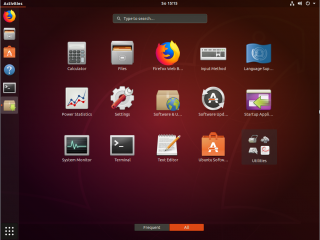 This is the desktop interface when performing a normal installation.  As you can see, you have indeed a little bit more applications and icons in this mode. 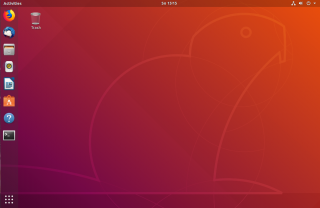 The GDM login page is still there and the Display manager has been reverted back to Xorg because of compatibility reasons.  More applications are supported when Xorg is used instead of Wayland.  However, Wayland can still be used as Display manager in Ubuntu 18.04 as the component is installed by default but simply not used as default.  The gdm login page as you can see in the screenshot below still come with the purple background and we assume that it’s still possible to change the background image using the instructions described in these posts (see here and here) 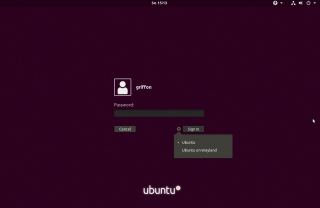 Ubuntu 18.04 will not ship with the Communitheme (theme developped by the Community) because Canonical thinks that the theme is not yet ready and additional testing needs to be performed.  So, we will stick with the familiar Ubuntu Ambiance or Radiance theme.  However, there is a small visual change in the theme.  The Nautilus application has new theming available which might make Nautilus look like a little bit more decent.  The icon set has not changed which provide the feeling that the design is indeed a little bit outdated….. 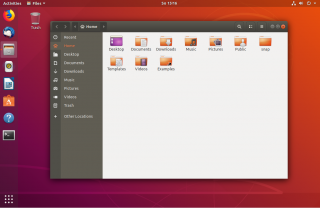 It’s a pitty tha the Community theme didn’t get through.  After installing it, the Ubuntu look’n feel indeed seems modern and it’s kind of refreshing to see new set of icons and theme.  There is again a good news and a bad news.   The good news is that the Community theme might be available could be installed on the Ubuntu 18.04.  The bad news is that the package will be a snap package 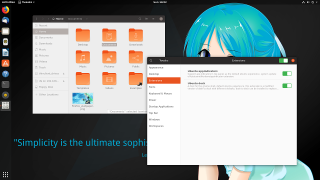 We will not discuss too much about this new Canonical approach because we think that the Snap is not ready for prime time.  If you open software center, you will see that there is snap packages available for install on your newly installed Ubuntu 18.04. 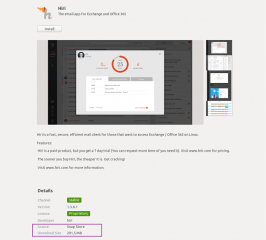 We have tried to install some of these snap applications…..The first thing you would notice is the size of the package (oversized).  The second problem we had is that the package installation was failing.  The other problem is that the snap applications are not integrating 100 % with the desktop interface.  Look ‘n feel is not there….So, I do not know if this is good or bad news.  The concept/idea behind Snap seems great but we are not sure this is going into the right direction.  Moreover, there are alternatives such as flatpak or AppImage (we didn’t test all of them) which seems to be more popular than Snaps applications….

We are not sure about the Snaps….Wait and see would be probably the best approach so far….. 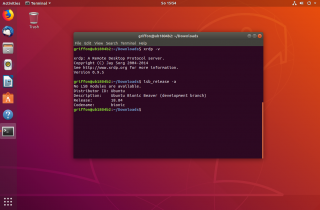 xRDP will become (we think) a mandatory piece of software (even do some limitations still exists).  The switch to GDM login makes it really difficult to have a vncserver starting at boot process and to be able to access via VNC the gdm login page.  Because of this limitation of GDM, xRDP could be a perfect replacement and allow users to log into system remotely.  The only drawback with xRDP software is that a unique user can be either connecting locally on the system or remotely on the system but not both at the same time.  This means that if you try to remote in while your account is already logged into the system locally, xRDP becomes useless as well….

We will tackle these point in a coming post……

As you have probably heard, there is a bug in Gnome shell that translate in a memory leak.  This simply means that more the system is in use, more memory will be consumed by the gnome-shell process.  The good news is that the Gnome team is aware of the issue and they are working on a fix.  The bad news (so far) is that at this stage there is no fix.  In our organization, we are using Ubuntu 16.04 with Unity Desktop.  We were planning to perform the upgrade and move to the new Desktop interface.  However, the fact that this memory leak exists will have an impact in our upgrade strategy.  As long as the bug is not fixed, we will either not migrate to Ubuntu 18.04 or Ubuntu 18.04 will be deployed but Unity Desktop interface will be then used instead of Gnome Desktop

This release sounded really exciting.  A LTS version with a new theme, a workable desktop interface based on Gnome shell where Dock has been added, xrdp recent package available and relatively easy to install and configure, new installation option,…At the end of the road, this release seems ok with some new features and layout down the path to the new strategy adopted by Canonical.  The major issue we see so far is the Gnome-shell bug.  As long as this bug is not fixed, we will not move to Ubuntu 18.04 version.  We will either stick to Ubuntu 16.04 LTS release or we will install back the Unity Desktop.

Some people said that you could reboot your system when the memory leak makes your system really slow…This is not either a workaround or solution in a corporate infrastructure….

We will see in April 26th what the status is… In the mean time, stay tuned for more info…:-)