Today, I’ll finish the discussion about the Virtio Drivers and how to install Windows 2003 (32-bit or 64 bit) operating system from scratch while using the virtio disk type. In part 1, we have seen that in order to perform the installation of Windows 2003 virtual machine configured to use virtio disk type, you would need to mount a floppy drive into your virtual machine and pass the drivers during the setup process. In part 1, we have basically described the walktrough to perform such operation.

The method explained in part 1 is working (no doubt).  However, you will need to mount the floppy on each new virtual machine that would be using virtio Disk Type.  In this post, we want to show you how you can integrate the Virtio Drivers into the windows 2003 installation files.  By integrating these drivers, you will not need anymore to mount floppy and press F6 button to present the virtio drivers.  Using the slipstream cd approach, you will simply need to boot from your “custom” windows 2003 cdrom and perform your installation whatever the disk type you are using.

Step 1 – Get the Drivers and TxtSetup.oem file

Note: This procedure is basically based on the information founded at http://unattended.msfn.org/unattended.xp/view/web/36/

Note 2 : To ease the process, you can use tools like nlite to integrate drivers into your cdrom. I didn’t try such tool  so I do not know if that will be working but I’m assuming that this would be the case.

In part1 of this post, you have downloaded the virtio iso file containin the virtio drivers.  Again, we will need to access the virtio-win-x-x-x-.vfd floppy image.  The floppy image contains the txtsetup.oem file (containing important information) and the drivers itself. 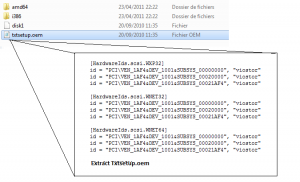 Step 2 – Create your folder structure and copy the drivers

2- Within the W2K3_PVE folder, I have created a $OEM$ folder and the following subfolder structure

3 – In the virtio Drivers, I have copied the drivers for the Windows 2003 version I’m installing (32bit or 64-bit). At the end of the process, you should have something similar to the screenshot below.  If you look the content of the folder , you will notice that I have also include the drivers for the network card (netkvm.sys). This will ensure that the virtio network drivers will also be isntalled automatically on my system.

We will need to modify the file in order for the setup routine to know about the virtio drivers. Doing this, you will not need to press the F6 button and the virtio disk will be recognized automatically by Windows setup routine.   The following modifications needs to occur :

Note: At the end of the post, you can download a copy of the files I’ve used to create my own windows 2003 custom installation iso image

You have to copy the viostor.sys file in the root\i386 folder (or amd64 for 64-bit version).  This is important. During the setup routine (text mode), Windows will need to get an access to the drivers.

Again, this file shoul be placed in Root\i386 folder (or root\amd64 for 64bit version) of your folder structure (in my example c:\W2K3_PVE\i386\winnt.sif).  This file will automate the installation of your windows.   This file should contain at minimum the following entries

This file will tell the Setup routine that additional drivers are available in the OemPnpDrivers folders. I would recommend you to take advantage of the winnt.sif file. By using this file, you could possible fully automate the installation of your windows 2003 virtual machine

To create the iso image, I’m using the CDimageGUI utility. The utility is quite straight forward and come with a boot sector compatible with windows xp/2003 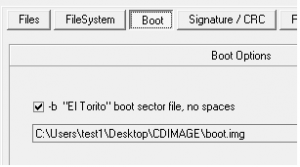 If everything went fine, you will be able to install your windows 2003 virtual machine with no need to mount th floppy drive and press F6 Button.  When the installation is completed, you can log into your virtual machine.  you will notice that the virtio network has been detected and is installed and ready to be used by the operating system.  Isn’t it cool !  🙂

As you can see, you might need to have to provide an initial effort in order to prepare this customized cdrom or iso image in order to have a smooth windows 2003 installation even if you are using virtio disk type.  The advantage is that you will need to perform this action only once (well depends, you might need to update the drivers time to time).  As a plus, I’m attaching here a copy of the modified files I’m using.  Give it a try and let me know if this is working for you !

As a final note, i would like to say that windows 2003 is becoming a legacy operating system. In the proxmox ve wiki web site, I’ve seen a lot of information about windows 2000 or windows 2003/XP.  It’s time to give more focus on Windows 2008 R2 operating system family.  More and More people are working with these versions.  So, Proxmox ve product should start to focus also on these products

Till next time see ya