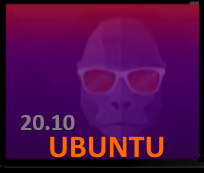 As we do not want to repeat everything that has been said about Ubuntu 20.10 on the internet for the last weeks, we will try to keep this post quite short. We will also not enumerate all the new features like that are shipping with this release.  We are usually more focusing on impact that a new release might have on our xrdp installer script but also on the new GDM change background login screen script have been presenting for some time now..

As we have just started upgrading and rolling out Ubuntu 20.04 in most of our projects (internally and externally) and knowing that Ubuntu 20.10 is an interim release, we are not sure how many people would be really interested in upgrading to this release.   We will definitely will give it a try and as usual we will deploy some Ubuntu 20.10 to learn about new improvements and features but that would be it…

Installation Wizard (Ubiquity) didn’t change much and the process to install Ubuntu 20.10 is really similar to previous version which makes users feeling at home.  There are some minor changes here and there but that’s it.  One of the change is about zfs file system which is not listed anymore as experimental but has apparently gain official support from Canonical. Another small change is about the fact that you could join an Active Directory Domain through the wizard. Installation process is still based on the Ubiquity Wizard and it’s really quite straight forward.

Some minor improvements are present also here and there…Basically, as Ubuntu 20.10 is based on Ubuntu 20.04, we can see minor touch bringing here and there a more friendly interface.  Some new icons and colors have been included in this release (like Zip file icons or terminal default colors) which bring a refreshing interface even if not noticeable immediately.  Maybe these changes were already present in Ubuntu 20.04 and we didn’t notice….This time we have taken note of these minor changes…Ubuntu 20.10 is based on the latest version of Gnome Desktop which also bring some more refinement into the desktop.   The most wanted and mentioned feature is the restart button finally available directly from the menu… We also like the new wallpaper and the delicate addition of the Ubuntu logo in the Gorilla Glasses… 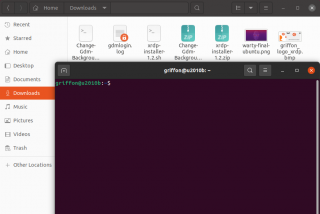 Ubuntu 20.10 is shipping with the same xRDP package version as the one delivered in Ubuntu 20.04 (i.e. 0.9.12) and we are not expecting major issues with our script and the way Ubuntu 20.10 would interact with xRDP software. 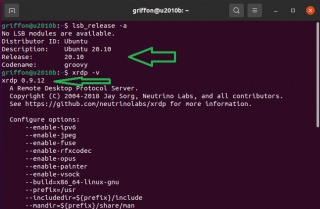 So, in a near future, we will be updating the xrdp-installer script in order to include support for Ubuntu 20.10 and ensure that most of the functionalities are still working…..

Six months ago, we released a small script that could be used to customize the background picture or color presented to you at login screen.  The script goal is to provide an easy way for users to customize their login screen background in Ubuntu 18.04 and Ubuntu 20.04.  The latest version of the script is set to version 3.0. If you are interested, you can find more information about the script, how to use it and what it does by checking Change-Gdm-Background script Version 3.0 – Released  post. 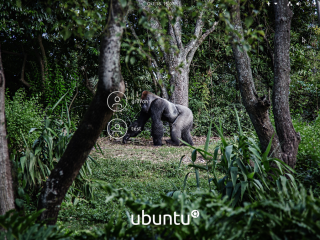 The choice is up to you !  Ubuntu 20.10 is an interim release that provide a peak preview of the future LTS release.  If you upgrade, you will benefit from only 9 months of support. After that, you can decide to move to the next interim release (21.04).   You will need to keep doing this till Ubuntu 22.04 which will be the next LTS release version.  This “rolling” approach is possible but might be time consuming.  If you are working in a corporate environment, chances are that no upgrade will be performed and that your organization will either stick to Ubuntu 18.04.x or upgrade to Ubuntu 20.04 because it provide a stable platform and offers more time to organization to prepare for the next big LTS upgrade…..

Ubuntu 20.10 is continuing its journey and each releases brings improvements and stability and usability.  More people around me are using Ubuntu or want to give it a try which is positive news and recognition of the work delivered till now.  Ubuntu 20.10 is probably not the most exciting release of the year (Ubuntu 20.04 was !!!) but we will spend some time on it.  Our priority would be to work on the xrdp-installer script in order to update it and add support for Ubuntu 20.10.