Our previous post was describing a small issue during installation process.  This post is about another small issue that has been encountered by some other people.  It’s kind of related to the previous post as it basically based on lack of experience in RDS infrastructure

Let’s quickly explain the situation and how we were able to fix it. 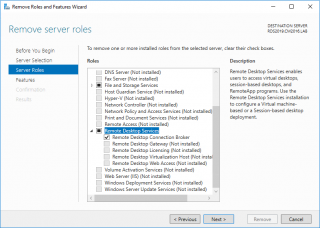 After the installation, the user tried to open the RDMS Console and the following error message was displayed. 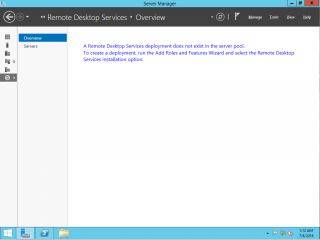 The RDS infrastructure was based on a single server.

We have already seen this situation where installing the RDS infrastructure by selecting directly the RDS server roles. To fix this situation, we would simply need to re-run the Remote Desktop service installation wizard. 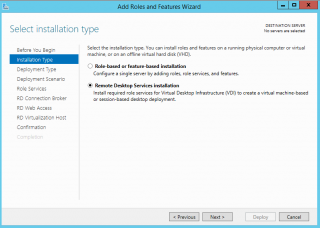 So, we decided to run the wizard again….and after that the user was able to access the RDMS console

This post was quite straight forward.  It’s important to follow the correct process when performing the installation. A lot of people make the mistake of installing the RDS roles directly instead of using the Remote Desktop services Wizard.   Actually, if you start building a complex RDS infrastructure, you need to know how to configure your Server Manager (for example, you need to add all the servers being part of the RDS Farm)

So, if you want to start deploying complex RDS infrastructure, it’s important that you get used to the concept, architecture and implementation process…..