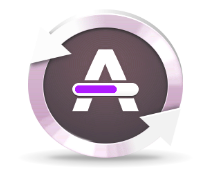 It has been some time since our last post.  We have been extremely busy lately and had really few occasion to blog and share new information through this blog. Time to get back on track !   In august 2020, Canonical has announced that Point Releases for Ubuntu 16.04, 18.04 and 20.04.   Let’s have a quick look on this announcement….

What’s an Ubuntu point release ?  A point release is comparable to Windows Service Packs.  Point Releases are basically new images containing the latest security fixes and patches for LTS edition that are published on Ubuntu web site.  So, for new deployments, using Point releases approach reduces the time necessary to download and install patches available for Ubuntu (because already included in the Point Release).  If you have kept your Ubuntu release up to date, you will automatically move to most recent Point Release and there is no need to perform any actions.

What’s interesting in the recent Canonical announcement is that it covers 3 Ubuntu LTS releases i.e Ubuntu 16.04.7, 18.05 and Ubuntu 20.04.1.  Let’s see what’s these point releases would bring…

Ubuntu 16.04.7 has been released and mainly includes security bug fixes but no new features. Ubuntu 16.04.x will reach end of standard support in April 2021.  After this date, it will be possible to get additional support through paid subscription.   In our company, we have moved away from Ubuntu 16.04.x for some time now and we are mainly running Ubuntu 18.04.x as Desktop Operating system.  We also recommend users, friends and customers to move away from Ubuntu 16.04 as it will become soon legacy operating system.

Note that only a few of Ubuntu 16.04 flavors are still supported and can benefit from this latest Point release

Our “famous” xRDP installation script still provide support for Ubuntu 16.04.x because it’s still a supported LTS release.  However, when this release would reach end of standard support, the xrdp script will be updated and  could not be used against legacy releases !

Ubuntu 18.04.5 release point has also been made available by Canonical. Ubuntu 18.04.5 Point release obviously include latest security fixes but most importantly it ships with the Hardware enablement (HWE) kernel and graphics stacks from Ubuntu 20.04 LTS.  Ubuntu 18.04.x will be supported (standard support) till April 2023 which make it probably still a valid choice for deploying it through your organization.  Ubuntu 18.04.x has proven to be rock solid operating system and it perfectly workable for private users as for professional users.

We are still running Ubuntu 18.04.x releases in our company and a lot of people we know haven’t got yet moved to Ubuntu 20.04 as we were all waiting for the first point release for Ubuntu 20.04.

Ubuntu 20.04.1 Point release is already available on the Ubuntu web site.  This Point release does not introduce any dramatic changes. It includes mainly security & bug fixes.  There is no Hardware enablement kernel and graphics stacks in this Point Release.  The HWE stacks will be probably be present in the Point Release 2.   We are usually waiting for the notification message before upgrading Ubuntu 18.04.x to Ubuntu 20.04.x.  However, this is not happening yet.  So, if you want to transition to Ubuntu 20.04.1 right now, you will either need to perform a new installation or manually initiate the in-place upgrade.

Based on your running Ubuntu Version, you will be able to upgrade directly to the latest Ubuntu 20.04 or you will need to perform a leap to an intermediate LTS Release before moving to Ubuntu 20.04.x.

Ubuntu 20.10 release is expected to land in October 2020.  This will be an interim release where support will be offered for 9 months.  Beta version should be release soon and will provide a peak preview of what to expect.  Recently, we have learned that the Ubuntu installer will offer the possibility to join Active Directory domain which bring an even stronger interoperability option. Ubuntu 20.10 will ship probably with new Gnome Desktop version that will provide again some visual improvements and introduce new and improved features.  Finger print and pin login seems to be the point of interest of this release….

We usually deploy Interim releases on some test machines to evaluate the changes introduced in the Ubuntu release. Because we are running Interim release, we will have to follow the short release cycle.  In other words, when Ubuntu 21.04 and Ubuntu 21.10 will be released next year, we will upgrade our Ubuntu 20.10 version and follow the patching cycle.  This help us assessing new features that might land in the next LTS release (i.e. Ubuntu 22.04).

This is it for this quick post !  Canonical has announced availability of Ubuntu 16.04.7, 18.04.5 and Ubuntu 20.4.1 Point Releases.  These releases are mainly security & bug fixing with no major features changes.  These releases should not modify the behavior of our  xRDP installation script.   As the notification message on Ubuntu 18.04.x is not yet showing up, we have seen that a lot of people are sticking to Ubuntu 18.04 and have not yet moved to Ubuntu 20.04…

We have been playing with Ubuntu 20.04 for some time now and we think that this release is pretty good and we are planning to slowly migrate to Ubuntu 20.04…..More we use Ubuntu and more we see that the operating system is usable on a daily basis. Look’n feel has been improved the last few years and Ubuntu is becoming a really appealing alternative to Windows machines….

As we are really busy, we do not know (yet) when the next post will be released….. Stay tuned as we still have some good info to share…..:-)