As you know, we have been writing and using xRDP for a long time now.  I still remember the first time I installed (or tried to install) xRDP package on a Linux Virtual machine.  The virtual machine was running under Hyper-v server and the guests tools were not available for the all Linux version at that time.  It was not easy to connect to these virtual machines compared to the Windows machine where a simple remote session would grant you access from anywhere…..  This is how we started using xRDP….

As we were browsing the internet, we came accross the following post (see: https://blogs.technet.microsoft.com/virtualization/2018/02/28/sneak-peek-taking-a-spin-with-enhanced-linux-vms/). This post is basically announcing that Microsoft will include “out-of-the box” the XRDP software in Linux Virtual machines on Hyper-V in order to enabled the enhanced mode.   For us and for XRDP, this is really excellent news…

Microsoft and Canonical will be working together in order to integrate the XRDP software component into Linux virtual machines. This means that in the future you will not need to install xrdp in Ubuntu virtual machines and you will be able to benefit from the Enhanced mode available with Hyper-V server.   This brings some additional features that were not available in Linux machines so far.   You will be able to use

How can this be used ?

As usual, there are some conditions,limitations,prerequisites that needs to be met in order to test and implement the solution

First, you would need to run Insider build Preview of windows 10/Windows 2016 product.  The minimum supported version is the one with build number 17063. Secondly, the only supported Operating system version supported so far are

If you meet these requirements, you should be able to test the Virtual machine Linux Enhanced mode where xRDP software is installed.  As this is still work in progress,  you will have to execute some scripts to achieve this results. As we have no machine up and running with the mentioned Insider build number, we had not time yet to test it but the process seems really straight forward if you are already testing  Ubuntu 18.04.

Based on the post, you would need to run the following commands for Ubuntu 16.04

you would need to run the following commands for Ubuntu 18.04

Finally, you would need to ensure that the enhanced mode is enabled on your virtual machine. You can do this by executing the following Powershell command

After that, you should try to start your virtual machine and give it a try.  If this thing is working, you will be prompted to connect and configure the display size and you should be good to go

This is still an ongoing testing and validation approach.  If you have time and resources, please test the solution and provide feedback as this can really provided an added value for Windows and Linux world.  A finalized version should be available in April 2018 and should be usable with no Insider preview versions but standard build numbers.

We are really excited by this announcement and  we hope that this will go through.  we are excited because 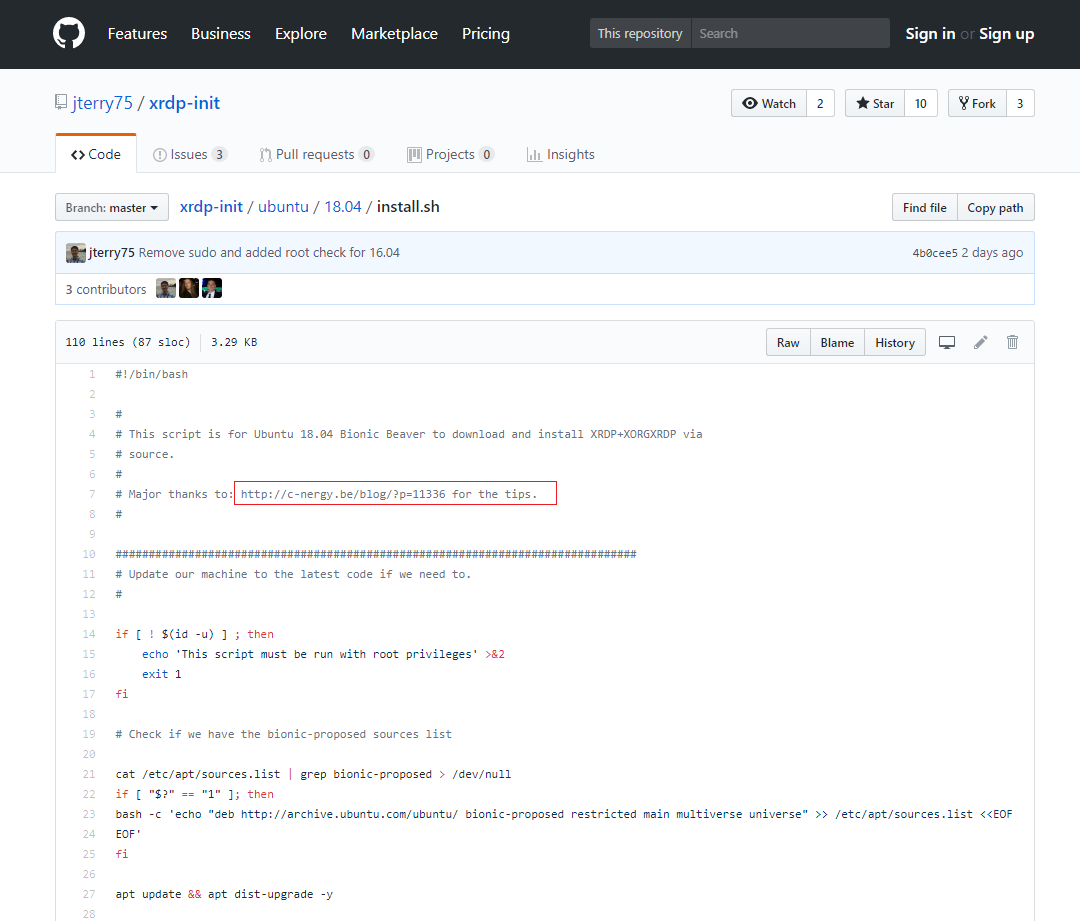 If you want to contribute, please visit https://github.com/jterry75/xrdp-init and submit any bugs,suggestions,ideas and your experience….