Today, I’ll post another quick and dirty trick on how to access the registry in offline mode.  You might be wondering why would you do that. It’s not something that you will be doing on a regular basis. This tip might help you rolling back to a running system after you’ve made a registry change on the system and fails to boot correctly. In my case, I had to use this approach in order to remove some software on systems.

As long as the system was running, I was not able to remove some registry key from the system. The software was using these registry keys and there was no way to delete them.  We tried to remove them by booting the system in Safe Mode but the result was exactly the same.  The final option we had was to access the registry while the system was offline. This last approach did the trick.

How To Access in Offline Mode the registry of a system ?

To access you system offline, you will need to boot from a bootable media containing WINPE files.

As you probably know, WINPE is a shrinked down version of Windows Operating system that run in memory of the system.  Using WinPE, you will be able to access the file system and edit the registry settings.  WINPE is freely available and is part of the WAIK (Windows Automation INstallation Kit). The WAIK is quite a big downloa (2 GB).

If you do not want to download this huge file, you can always use your Windows Vista/7 DVD. You boot from the media of your choice and you select the option “Repair Windows…” 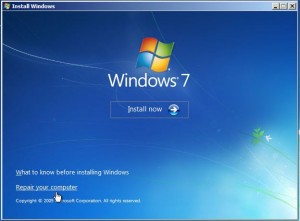 Note : for this post, I’ll be using a custom WINPE media but the process should be quite similar.

To boot your system in WINPE mode, perform the following actions: 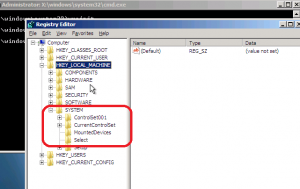 We will first load the System Hive into the registry Editor tool.  To do that, you perform the following actions : 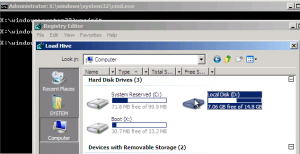 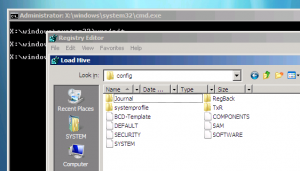 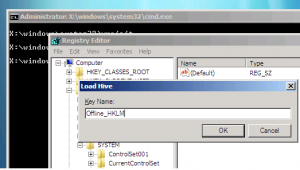 As you can see, offline registry access is possible and not too complex.  You will probably rarely (even never) use this tip.  However, in case you need to perform such operation, you should now be able to perform the requested operation and debug or recover a system by using this approach

9 thoughts on “How To – Edit Offline Windows Registry”