In part I of this post, we have simply performed a basic installation of the Ubuntu 16.04 Server.   You will notice immediately that the Ubuntu Server edition is providing really the minimum necessary packages in order to run the Operating System. The Ubuntu 16.04 server binaries are quite small  (less than 700 Mb) and does not contains all the software available in the Desktop edition.  By default, no desktop environment is installed on a server edition of Ubuntu.

So, if you want to use the xrdp software on a Ubuntu Server you will need to install some additional packages in order to be able to remote desktop into it.  This post will try to provide a basic setup guide that have worked for us.

Note : This post has been  published in “fast” mode in order to provide answsers to questions about xrdp and Ubuntu Server Edition.  We have not tested all the possible combination and have worked in trial/error mode.

Login into your Ubuntu Server

So, the first step is to login into your server.  You should be presented with a screen similar to this one below

The fist package that we installed are related to the keyboard layout.  In the screenshot below, you can see that if we try to change the keyboard layout, we have received information that we need to install an additional package called x11-xkb-utils.

so, from the command prompt, we issue the following command sudo apt-get install x11-xkb-utils 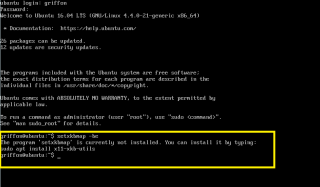 You will be asked to confirm your selection.  Type Y to proceed with the installation.

We will also install another software package called pkg-config.   If you plan to use the xrdp script we have provided, you will need to issue the following command in a terminal session

Click yes, If you are asked to confirm the operation. When done, move to the next section.

This step is similar to the one for the Desktop Edition.  xRDP does not support all the desktop environment on Ubuntu.  The Unity desktop is not supported so we need to select another desktop solution.  If you follow us for a long time now, you know that our preferred desktop alternative is Mate Desktop.

So, again, from the command prompt, we will install the mate desktop package by issuing the following command

After installing the mate desktop, we have also installed the lightdm package so we can login into our Ubuntu server using a basic graphical interface. 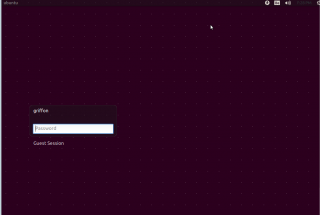 In this post, we are looking that the easy way install of xrdp.  This means that we will install the xrdp package from the ubuntu repository.   To perform the installation of xrdp, we will issue the following command

Technically, because we have only one desktop environment, we should be good to go when connecting to the system via xrdp. So, logically, we should not specify any mate-session information into the /etc/xrdp/startwm.sh file.  Actually, it’s not working.  You still have to specify which desktop environment you want to use.  To do this, you will need to issue the following command

Basically, this command add the line mate-session in the file /etc/xrdp/startwm.sh.

To ensure that all changes are applied, you can either reboot  your server or restart the xrdp service using the

Step 4 – Connect to your system via xrdp

Open your remote desktop client, provide the name or ip of the Ubuntu server you which to connect to, and you should be able to see something like the screen below.  As you can see, I have made a remote desktop connection to my ubuntu server. 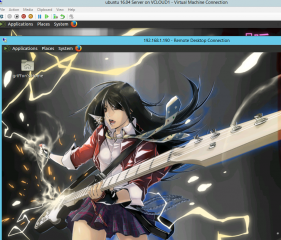 Voila ! We have successfully installed xrdp on Ubuntu Server 16.04 and have it working.  If you want to have all the features enabled, you can also use the script provided in our previous posts related to xrdp and ubuntu 16.04.  You should be able to perform a custom installation and even enable the drive redirection or clipboard feature. 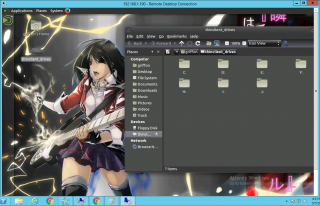 So, we have seen that’s possible to have xrdp up and running on Ubuntu Server 16.04.  Obviously, because the Server Edition does not install much software, you will need to customize a little bit your infrastructure.  The first thing you should do is to install a browser…..

I hope this post will be useful to other