Today, we will be discussing about Ubuntu 18.04 and login screen manager. Since Ubuntu 17.10, Canonical has modified the Ubuntu Desktop road map slightly.  Since Ubuntu 17.10, Canonical has dropped Unity Desktop interface and has decided to use the Gnome Desktop environment.  The Desktop interface has been tweaked (quite well) to ease the transition from Unity Desktop to Gnome Desktop.

Another important element that has been replaced in Ubuntu 17.10 is the login manager. Before Ubuntu 17.10, lightdm was the preferred one. Since Canonical has switched to Gnome Desktop, the GDM3 login manager becomes the default one. Lightdm was offering a unique style to Ubuntu. It was the first time that an nice looking login interface was offered which was also easy to customize.  Lightdm was (and still is) that make Ubuntu look really sexy

GDM 3 is a clean login but offers limited customization options and actually looks a little bit boring.  However, we have demonstrated that some basic customization could be achieved with GDM 3 (see this post).  GDM 3 also bring new challenges especially in making VNC connection to work (see this post). Because of all of these reasons (and many others), some customers, colleagues and readers have asked if it was possible to have lightdm back on Ubuntu 18.04

To answer to this question, we have decided to write this post…. So, let’s check if this could work…..

Obviously, we assume that the following conditions are met before starting the installation of lightdm on your system

Installing lightdm on your system

Note :   Use this procedure at your own risk

To install the lightdm login manager on your Ubuntu 18.04 system, you will need to run the following command in a terminal console 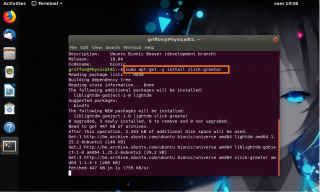 You will then be presented with the following screen.   Press OK 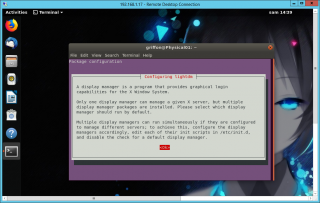 Then, in the next screen, Select lightdm option and press OK. 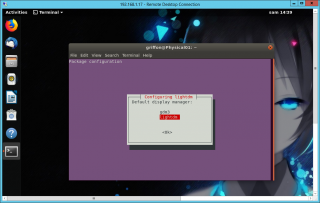 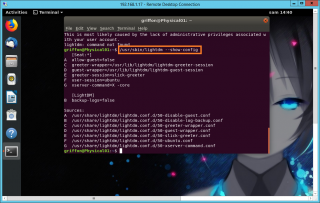 Reboot your machine and normally you should see the lightdm display manager on your screen…. 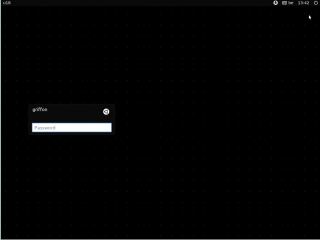 As you can see, lightdm is back but there is not configuration or no pictures in the login screen.  You simply get a black screen.  There is still some work to be done to have a sexy login manager interface back into the system….

Configuring lightdm on your system 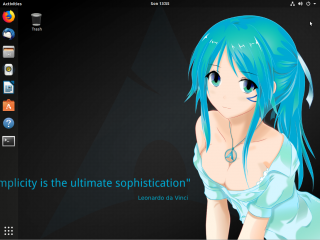 If you want to configure a login picture for the system, you will need to create a file under /etc/lightdm directory

Call the file /etc/lightdm/slick-greeter.conf and put the following lines 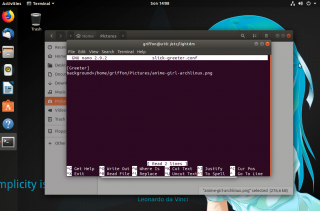 Logoff from your system and you should see the wallpaper you have just selected. 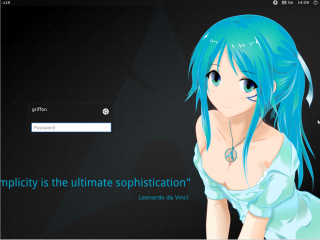 It’s possible to use a GUI that can perform some customization of the Slick-greeter. The tool is called lightdm-settings and you can install it by issuing the following command

Reverting Back to GDM

To revert back to GDM login manager, you simply need to issue the following command in a terminal session

You will be presented again with the following windows

Then, in the next screen, Select gdm3 option and press OK.

Limitation of LightDM on Ubuntu 18.04

In this configuration, you can basically set a corporate login image on the Ubuntu 18.04 system.  This image will be the same for all the users.  If a user change background, this change will not modify the background image at the login page.

As we have seen, it’s quite easy to install and configure the lightdm login manager on an Ubuntu 18.04.   You basically need to install two packages and perform the needed configuration changes to display a nice picture in the login screen.

Why would you want to have lightdm login manager back on Ubuntu 18.04 ?  First reason I can imagine is that some customers might want to  keep the same look ‘n feel as Ubuntu 16.04 but still use the latest version of the operating system.    At desktop level, Ubuntu 18.04 ship with gnome desktop that mimic quite well the Unity Desktop.  Keeping the lightdm in Ubuntu 18.04 would make the transition easier for their users.   GDM login manager can be customized as well and a new corporate background can be implemented.

The other reason where lightdm might be needed is to support VNC service at startup.  So far, with GDM login manager, we managed to have vnc starting at boot but after login into the system only a black screen is displayed.  The user needs to initiate a second connection to access the desktop (see this post ). By using lightdm, we can re-use an existing script and/or procedure (see http://c-nergy.be/blog/?p=10426) and a user will be able to perform vnc connection even if nobody is logged into the system…

Lightdm is really a cool login manager but based on Canonical decision, GDM login manager and gnome desktop will be there for a while. It might be time to consider them as default choice and have your users used to it.  Moreover, Gnome Desktop team is thinking of improving the login manager and trying to make it sexier.  We will see what the future brings….