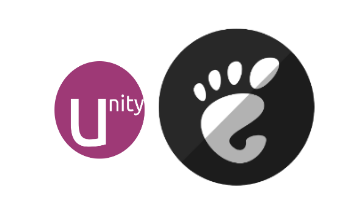 Today, we will speak a little bit about Ubuntu and the incredible announcement made by Mark Shuttleworth. As you already probably knows, Ubuntu convergence efforts reach a dead end. In order words, this means that the Ubuntu Phone, Tablets and Unity desktop development efforts are to be discontinued.  The focus of the company has moved from these topics to the new Eldorado which are IoT and Cloud. (you can read the official announcement here)

As a side effect, the Unity Shell desktop that has been introduced in Ubuntu 12.04 will be abandoned and replaced by the Gnome Desktop in Ubuntu 18.04. This means that Unity 7 will not receive any further development efforts.  This also means that Unity 8 interface will never go live….

We started to like the Ubuntu Unity Desktop Shell Interface and we invested some time into it. We also spent time in convincing our user community to use this desktop environment. So, all these efforts for nothing…..

Unity 8 would have been the desktop interface that would allow convergence across devices. This Desktop environment has been postponed so often that the discontinuation of the solution didn’t come as a surprise at all. Some other people were already speculating that this desktop interface would never be ready….

To be honest, we never worked a lot with Unity 8 because of the constant delays and postponed availability date and because of the unfinished look of it. Moreover, we felt that moving from Unity 7 to Unity 8 would be as challenging as moving from gnome to Unity the first time it came out…..

Unity 7 will not make it into the next LTS Release (Ubuntu 18.04). Does that means that we have to switch our current installation base from Unity to Gnome Desktop? No necessarily!  First of all, because the Ubuntu 16.04 LTS should be supported till 2021, we can expect that Unity 7 interface would be still around for the coming years.  Ubuntu 18.04 will be offering Gnome Desktop as default interface, it might be possible to still install Unity 7 on top of it.  Unity would be available in the PPA for Ubuntu 18.04.

A final scenario we can imagine would be if Unity Desktop interface is forked and a community of developer would invest time and effort in maintaining this Desktop interface and provide new Improvements. Unity would become another possible desktop interface that could be installed on Ubuntu.

If you are following us for a long time, you probably know that we have spent some time in describing and explaining how to install and configure XRDP on Ubuntu machines. We have even demonstrated that it was possible to use Unity Desktop through xRDP remote session (even do the solution is not yet perfect).  Based on this announcement, we are not sure if we will investigate further the possibility to have a working solution for xRDP in conjunction with Unity Desktop (as development stops)

I think that we would still provide some guidelines for the next two coming releases of Ubuntu (17.04 and 17.10) which are still based on Unity Desktop interface. However, I think we will already start to work with Ubuntu Gnome Desktop environment and prepare ourselves to the new direction dictated by Canonical.

Ubuntu has decided to re-focus the company business into area that they see as profitable. Even do the announcement was a shock for the internet community, it kind of make sense as this could ensure sustainability of the company and we could hope that investments in the Ubuntu desktop product will become more visible in the future.

The switch from Unity to Gnome Desktop might be challenging as they offer different user experience. Some people are already trying to mimic the Unity interface within the Gnome desktop to smooth the transition. On the other hand, we think that Unity Desktop could still be around for some years as Ubuntu 16.04 will get support till 2021.  Moreover, the Unity Desktop might become available in the Ubuntu 18.04 official PPAs.  This would offer enough time to organizations or users to transition from Unity to Gnome Desktop (or any other Desktop that fits their needs)

As mentioned earlier, we would still discuss next two releases of Ubuntu 17.xx. However, we will also start working with the Ubuntu Gnome desktop to get a better grip on it. We will see how xRDP can be used in conjunction with Ubuntu Gnome Desktop (we already touched this topic) in more details…

So, as you can see, a lot of new stuff coming….

2 thoughts on “Ubuntu – Shifting from Unity to Gnome Desktop in Ubuntu 18.04”