In our previous post, we have provided a quick overview of the small changes that Ubuntu 16.10 have been introduced and the way it might possibly impact the usage of the xRDP package.  We have seen that the VNC Server capabilities does not seem to work as expected and that a new xrdp package version is available in the repository.

To have xRDP solution working on Ubuntu Distribution, we have two installation options :

If you are ready, let’s see if the installation and usage process has changed a lot or not for Ubuntu 16.10.... 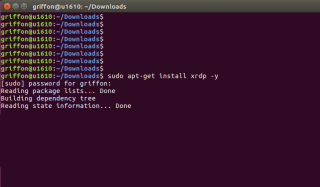 Based on our previous post, by running the command, we can check the version of the xrdp package 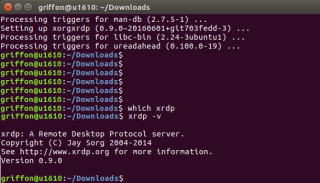 In the past, when installing the xrdp package (version 0.6-x), the vnc4server software was installed as well.  With this new package, if you check for any vncserver running, we can see that none of them are present or installed on the system. 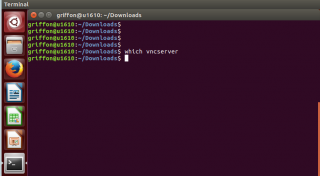 At this stage of the installation, you can try to perform a remote connection to your Ubuntu machine.  Two things might happen : either you are disconnected after a few seconds or you will see a grey or black screen displayed. The workaround to this problem is to install an alternate Desktop that will be used during the remote session.

In this post, we have demonstrated that with Ubuntu 16.04, it is possible to perform a remote session against the Unity Desktop directly.   In a coming post, we will see if this is still an option….

Desktop interface such as XFCE, LXDE,LXQT, KDE, Gnome Classic  are all potential candidates. Installation of such candidates have been describes in our previous posts. 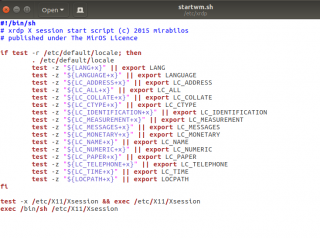 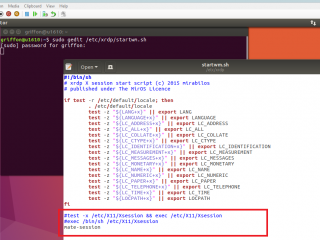 However, inside the remote session, the English layout keyboard is still defined as default and not changed automatically. To try to set the proper keyboard layout within your remote session, you can execute the following commands

Since Ubuntu 14.10, the xrdp package available in the repository fixes a long time issue related to the fact that users could not reconnect to the same session.  If you are using the package xrdp 0.6.1-1 or later, you do not need to perform any customization, you will reconnect automatically to the same session.

At this stage, you should be ready to test your connection.  Get the ip address or the hostname of your ubuntu machine and fire up your mstsc.exe client on a windows machine. 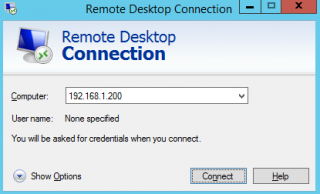 In the xRDP Login page, provide your credentials and accept the default settings presented to your for the session choice.  You should see the option sesman-xorg-xrdp 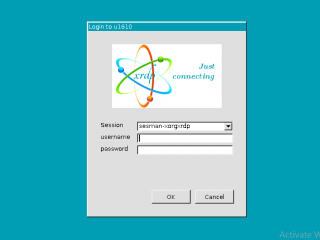 Within your remote session, you might see this error popup. Press Close and proceed. 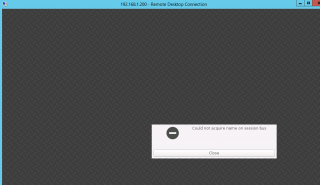 At this stage, if everything is fine, you should see your Mate-desktop through the remote session 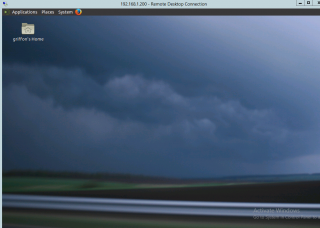 This version of xrdp is supposed to support drive redirection and clipboard function.  If you open your home folder, you should see something like this 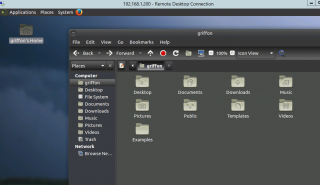 You do not see any drive redirection by default.  You have to display the hidden files and folders in nautilus (press ctrl + H).  After displaying the hidden files, you can see that there is a new folder called .thinclient_drives.  If you click on it, you will see the drive redirected to your remote session 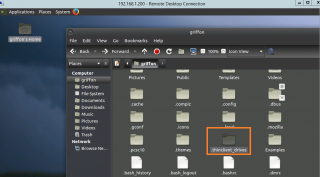 We have played a little bit with it and we have to say that the performance are not good and the feature does not seem to be really stable. We will further investigate on this topic later on….

This is it for this post ! All in all the old process to have xrdp installed and working on Ubuntu is still valid. If you install an alternate desktop with xRDP software package, you will be able to perform remote sessioins to your Ubuntu machine using RDP protocol.

In Ubuntu 16.10, the package version of xrdp has been upgraded to the version 0.9.0 which brings some changes but also bring some improvements.  First improvement is that you do not need to rely anymore on vnc server package. connection is handled by the xorg-rdp new driver made available by the team behind xrdp.  The other improvement is that the drive redirection and clipboard functionalities are available out of the box.  However, these features does not seems to be working really well. copying small files can take ages.

In the next post, we will try to come up with a process that could allow a user to connect directly to the Unity Desktop avoiding the installation of alternate desktop